Have you jumped on the baked doughnut wagon? I resisted for awhile, thinking I didn’t really want to buy any new kitchen equipment (doughnut pans) and also, I doubted that a baked doughnut could really live up to its sinful counterpart, the traditional deep-fried doughnut. But then suddenly this fall I felt the NEED to make some homemade doughnuts, and these baked pumpkin cinnamon sugar doughnuts are JUST as delicious as any fried doughnut that has ever crossed my lips! 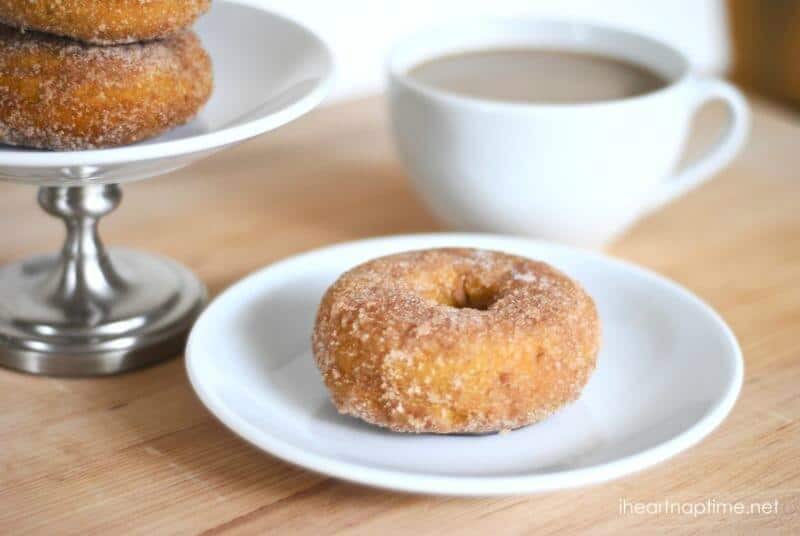 I made a chocolate variety at the same time I made these pumpkin doughnuts and they were no where near as good. Not chocolately enough, not dense enough, just all around not doughnutty enough.

Total disclosure – there is a difference between these baked pumpkin doughnuts and a traditional doughnut. But in my opinion, it’s a very small one. They are dense, moist, soft on the inside, and ever so slightly crisp on the outside just like a good doughnut should be. And the spiced pumpkin flavor is so perfect this time of year.

If you are at all like me, your biggest challenge will be eating only one at a time. But I do have a little tip/trick that will keep your doughnuts at their freshest and also help you from eating three doughnuts before you realize what has happened! These little nuggets don’t taste nearly as great on day 2 as they do fresh from the oven, so what I have learned is that if you let them cool to room temperature, and them immediately freeze what you don’t plan to eat soon, in sealed zip-top bags, you can have fresh-tasting doughnuts at your fingertips on very short notice. Just let the frozen ones defrost on the counter for about 30 minutes and they’ll be almost as good as straight from the oven. Almost.

I’m Jennifer from The Chronicles of Home, where I share DIY and home decorating projects as well as lots of yummy food. My truest loves are my husband and two young daughters, but I’ve also fallen for salvaging, refinishing, & reupholstering old furniture and building furniture from the frame up. I have a sweet tooth to be reckoned with and love testing new desserts, though most of the time I eat and feed my family delicious, interesting, healthy food. I’m drawn to beautiful fabric, great books, anything kelly green, pasta made from scratch, dark chocolate, and brown butter. I’m so thrilled to be a member of the I Heart Naptime creative team! 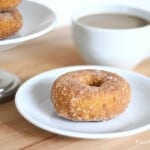