Learn how to grill corn in the husk, directly on the grill or wrapped in foil. You’ll end up with tender and delicious corn no matter which way you choose!

There are a few things that scream summer like corn on the cob and watermelon. We love to enjoy both almost every time we grill out. Sometimes when I’m in a hurry I’ll make corn in the microwave, but the grill gives it way more flavor! 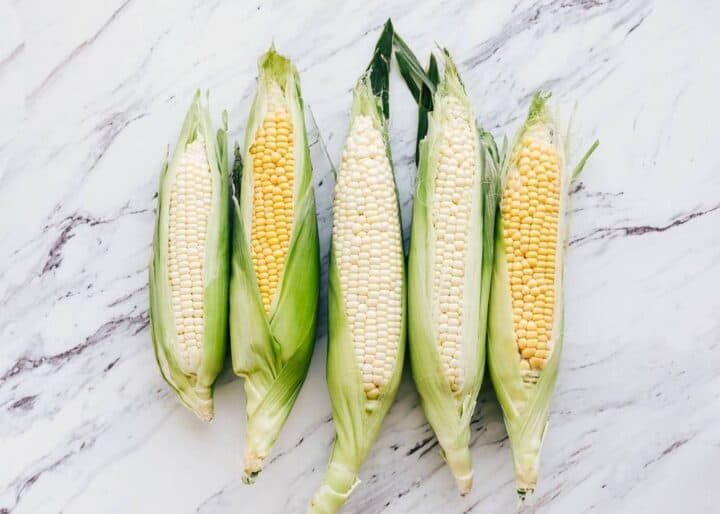 Grilling corn is such an easy way to make it tender and delicious. It’s super quick and easy and gives the corn the best flavor. It always tastes so sweet and juicy and is definitely one of my family’s favorite summer side dishes!

I’m going to show you 3 different ways to to grill corn: in the husk, in foil and directly on the grill. You may be asking which one is better but it’s really all about preference and which type of flavor and texture you’re going for. If you’d like a super tender (more of a steamed corn), then cook it in the husk. If you’d like it more charred, cook it directly on the grill. That is the fastest way and one of my favorites, however my kids prefer it in the foil. If you’d like something in between steamed and charred, cook it in foil.

If you like steamed corn and prefer it to be super tender, your best option is grilling corn in the husk. Start by partially husking and removing the silks. Soak the corn in water for about 20 minutes to help prevent it from burning. Then remove from water and let dry.

Brush a little butter or oil on top of the kernels, then cover with the husks to help the corn steam. Place on grill and cook for about 15 to 20 minutes. Make sure to turn every 5 minutes so that all sides get cooked evenly. 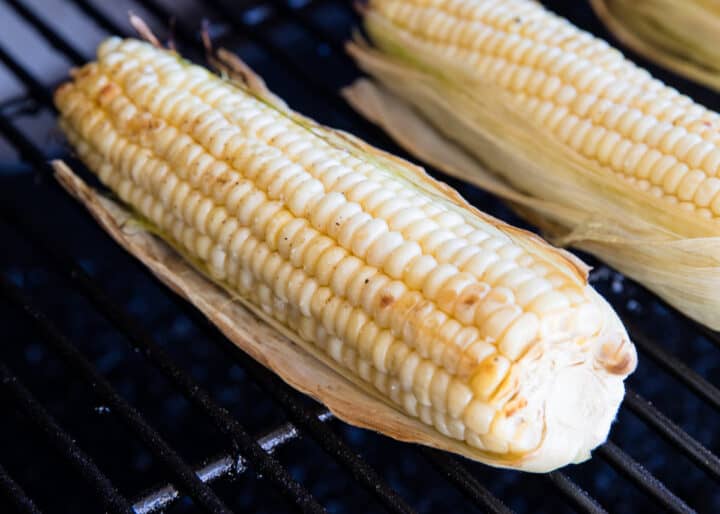 For tender corn with a slight char, I’d recommend making grilled corn in foil. For this method, start by removing the husk and silks. Then brush with butter and season with salt and pepper. Wrap in foil, then place on grill.

Cook about 20 to 30 minutes, or until it’s lightly browned. Make sure to turn every 5 to 10 minutes so it cooks evenly. If you’d still like more of a char once you remove the foil, place the corn directly on the grill and cook without foil for a few more minutes. 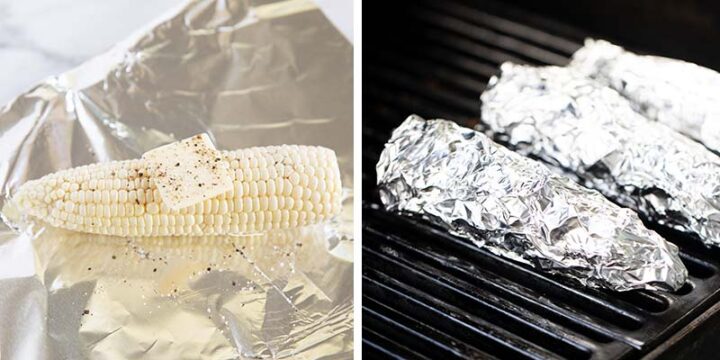 Directly on the grill

This method gives you the most charred flavor and will cook a bit faster since it’s not wrapped or covered. Remove the husks and silks, then brush with a little olive oil. Place directly on the grill and cook for 10 minutes, or until tender and charred. Make sure to flip halfway through. 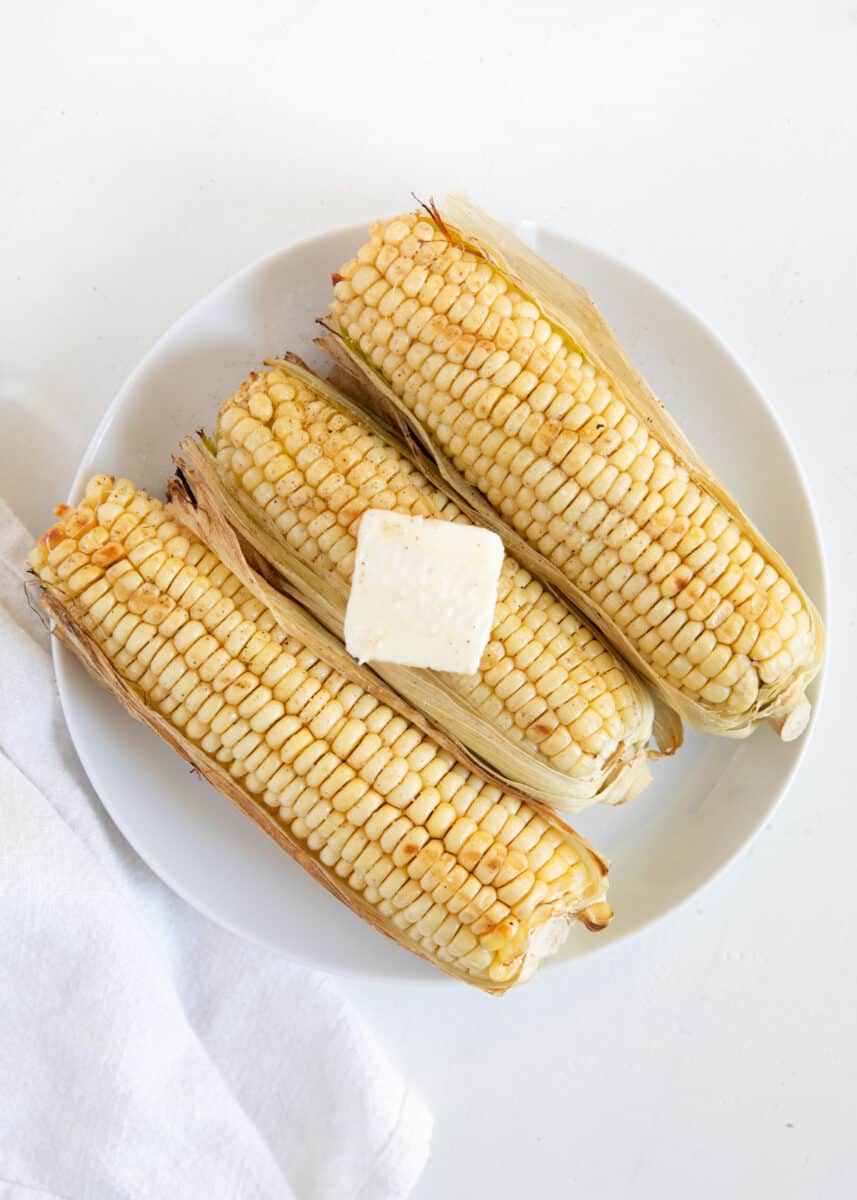 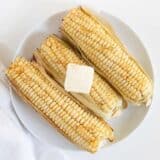 Learn how to grill corn in the husk, directly on the grill or wrapped in foil. You'll end up with tender and delicious corn no matter which way you choose!
Prep Time: 10 mins
Cook Time: 20 mins
Total Time: 30 mins
Servings: 4
Print Rate Pin

Salt and pepper to taste