If you know me, you know I love to make all the no-bake desserts in the summer time. They’re so refreshing and absolutely delicious. This lemon lasagna recipe is a top pick, as well as my strawberry icebox cake, Oreo ice cream cake, banana pudding and chocolate lasagna. 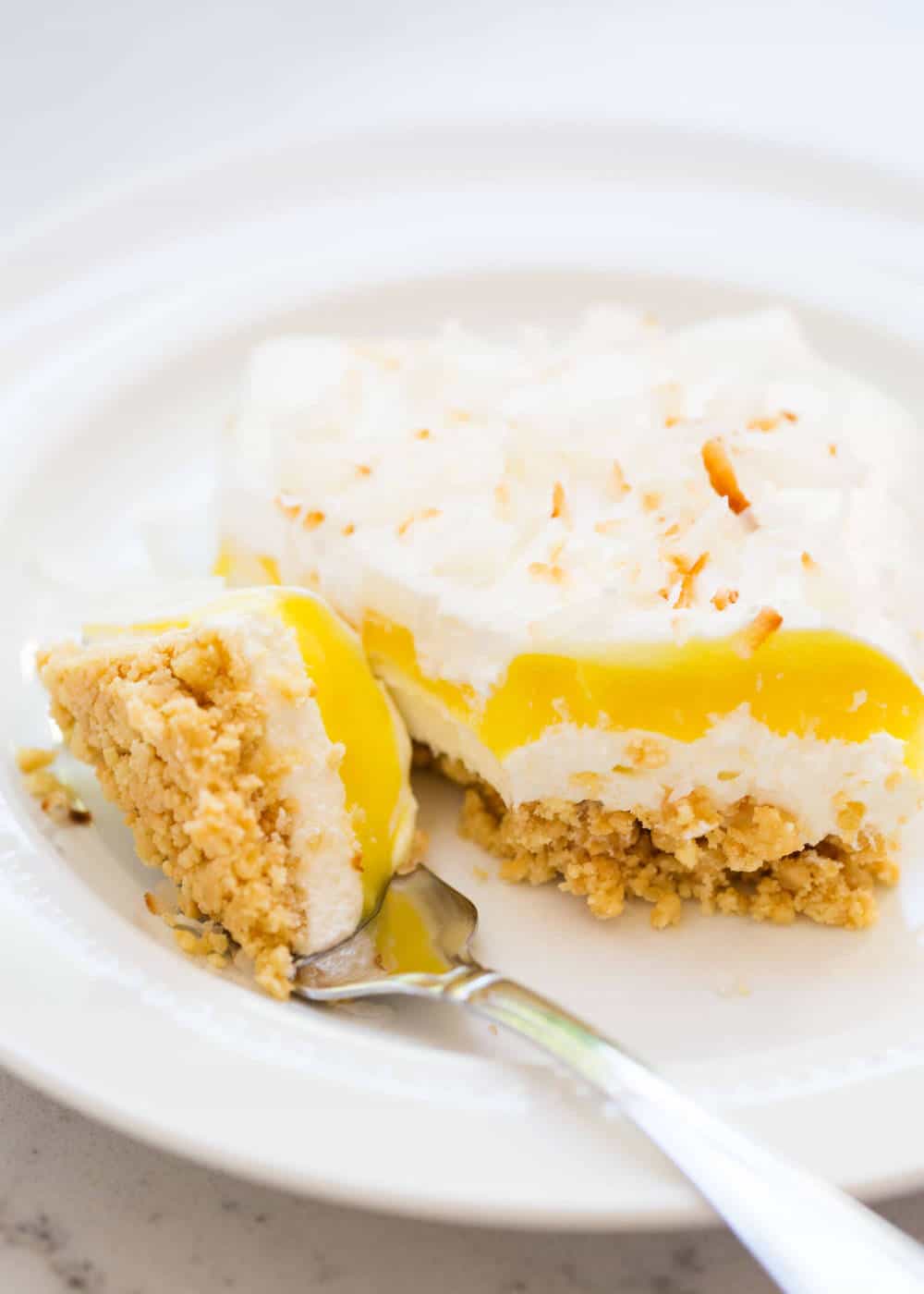 I made this lemon lasagna dessert several months ago and just realized I never shared it with you. And now that summer is officially here, it’s the perfect time to add this to your “desserts to make” list. It is just that good!

This lemon dessert starts with a golden Oreo crust and then is topped with a delicious cheesecake filling. We could could totally stop there and it would be delicious, but the tart lemon flavor is the perfect addition. Next, you’ll top it with lemon pudding and a whipped cream topping. My favorite part of the dessert is the toasted coconut on top. I could eat that stuff all on it’s own. Mmm… You could also do a lemon zest instead if you’d prefer.

Reasons to love this lemon dessert: 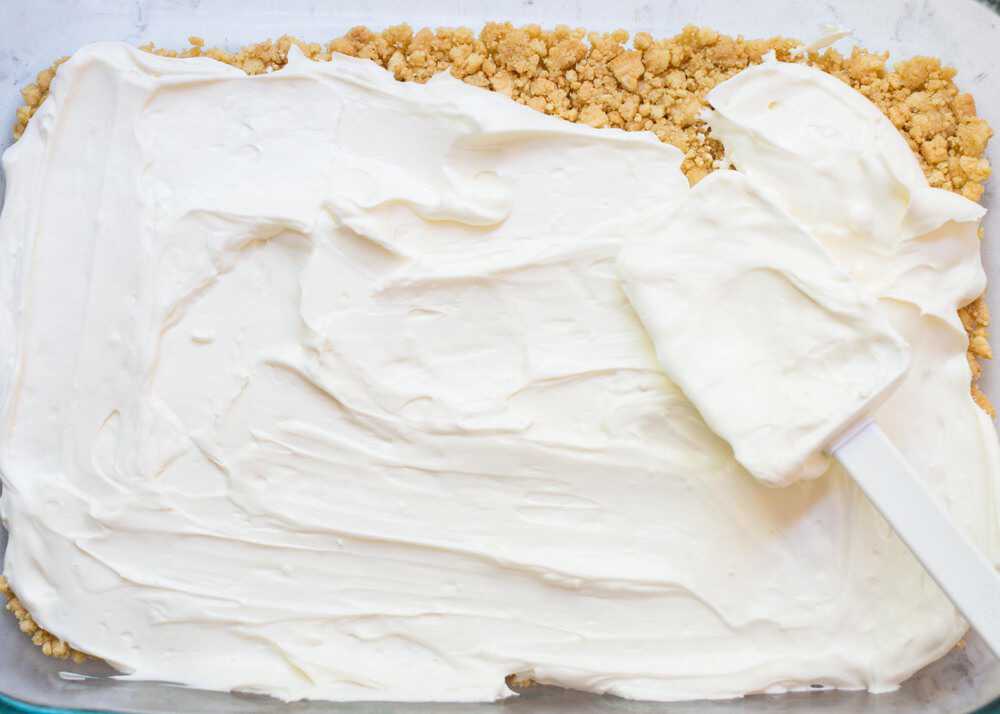 How to make lemon lasagna

Crush the Oreo’s. Add the golden Oreo’s to a zip top bag and crush them on the counter with a rolling pin. You could also use a food processor, but make sure to pulse just a few times. You want them to still be a bit chunky, not super fine.

Add the melted butter to the bag and mix until combined. Then press the Oreo mixture into the bottom of the dish and freeze for 5 minutes.

Make the whipped topping. In a medium-sized bowl, whip the cream cheese until fluffy. Add in 2 Tablespoons of milk and sugar and mix until combined. Then stir in 1 cup of cool whip.

Spread the mixture lightly with a spatula over the Oreo crust (photo above). Freeze for another 5 minutes. 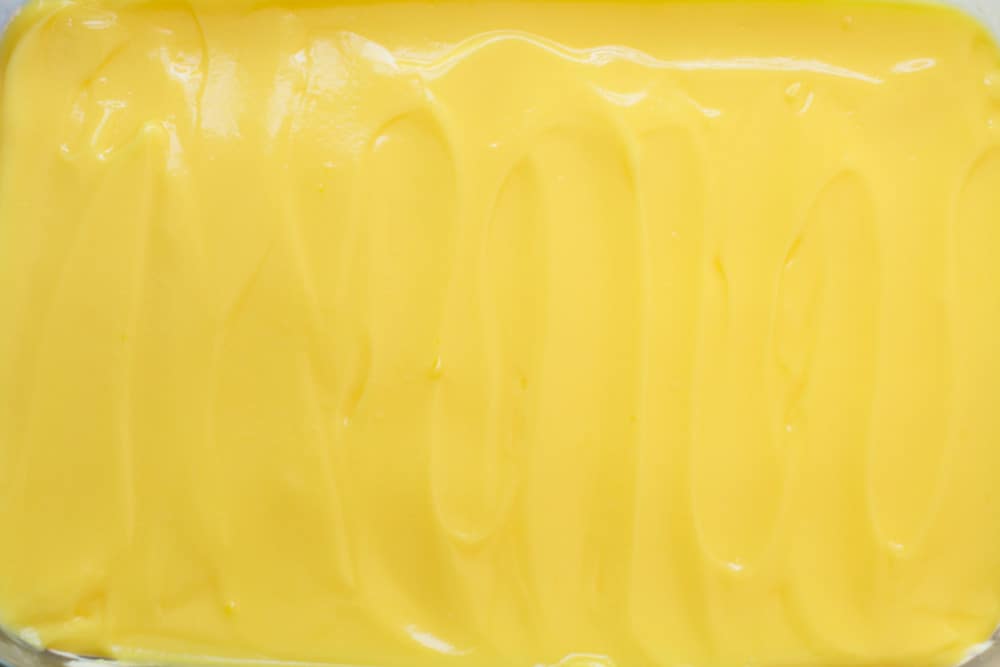 Make the lemon pudding. In a separate bowl, combine the lemon pudding, lemon zest and milk. Whisk until thick, then spread over the top of the whipped topping layer (photo above). Place in the refrigerator for another 10 minutes to allow the pudding to set.

Remove from fridge and spread remaining cool whip on top of the lemon pudding layer. Then top with fresh toasted coconut or more lemon zest if desired.

Refrigerate until serving. Place in the fridge for at least 3-4 hours prior to serving. 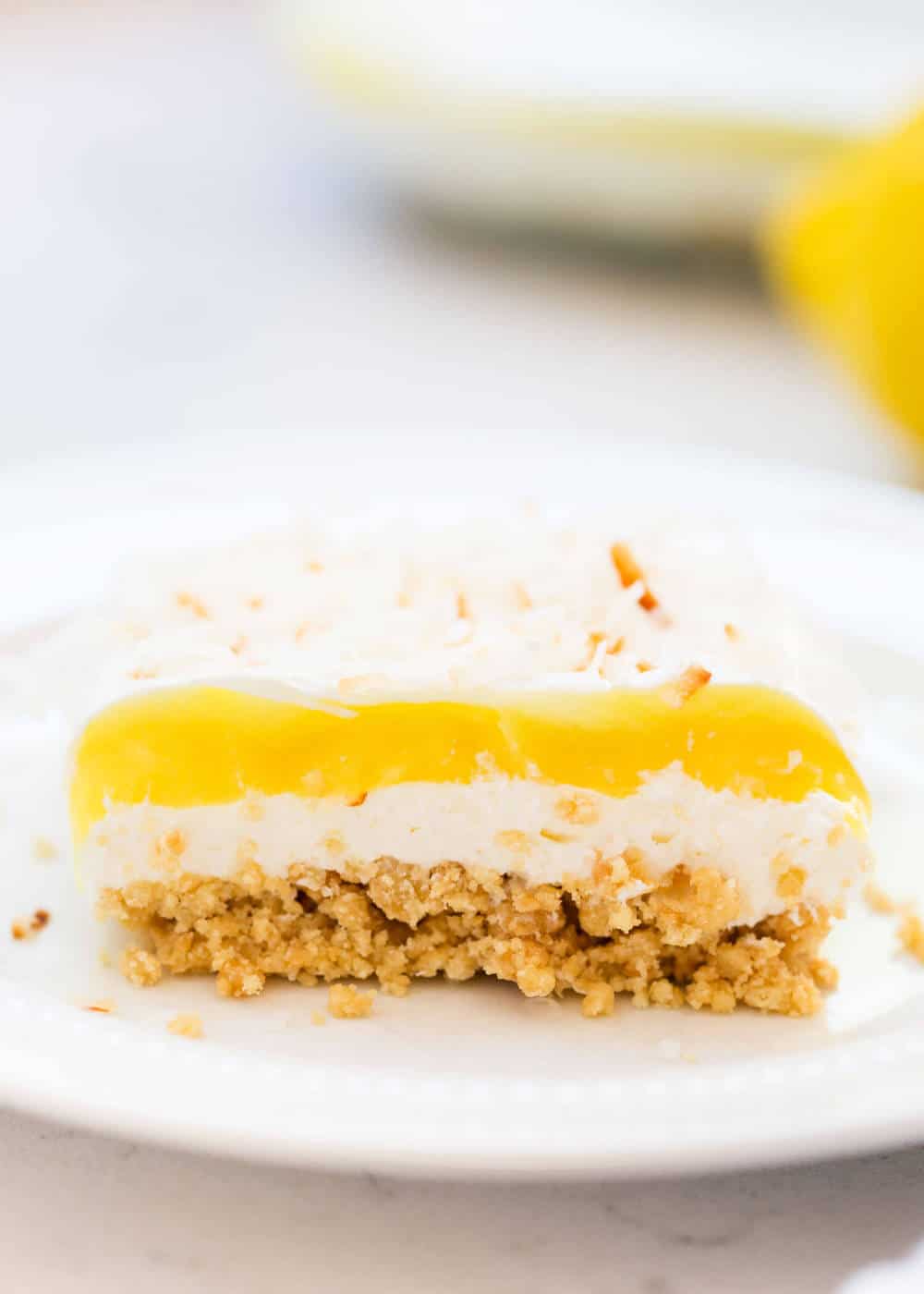 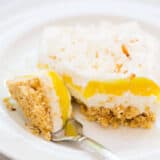