Only 5 simple ingredients and done in less than 30 minutes. Tender and juicy on the inside, with a flavorful seared outside.

This dish is so easy and has tons of flavor. It’s one of our favorites! For more pork recipes, check out my 3-ingredient kalua pork, slow cooker sweet pork tacos and pan roasted herbed pork tenderloin. 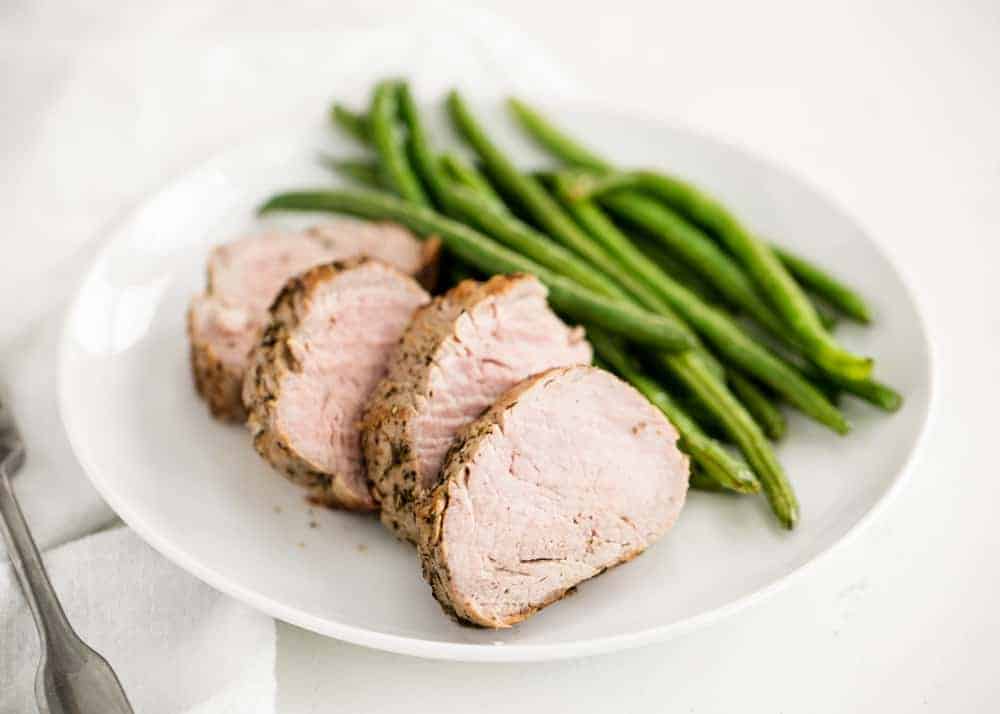 Pork tenderloin is one of our favorite weeknight dinners. It’s super simple to cook and has amazing flavor. Plus it’s ready in less than 30 minutes, which is always a win in my book.

I love to sear the meat on the stove first, giving the outsides a nice golden color before going in the oven. Then it continues cooking in the oven until it’s perfectly tender and juicy.

You can serve as-is, or make a simple apricot sauce to pair with it. Then don’t forget the yummy side dishes, like green beans or mashed potatoes. So delicious and comforting!

Although they are often confused for each other, the two types of meat are actually different cuts. Tenderloin is smaller and more narrow, usually weighing in about 1 to 1 1/2 pounds. The pork loin is a bigger and more thick cut of pork, typically as wide as a steak. 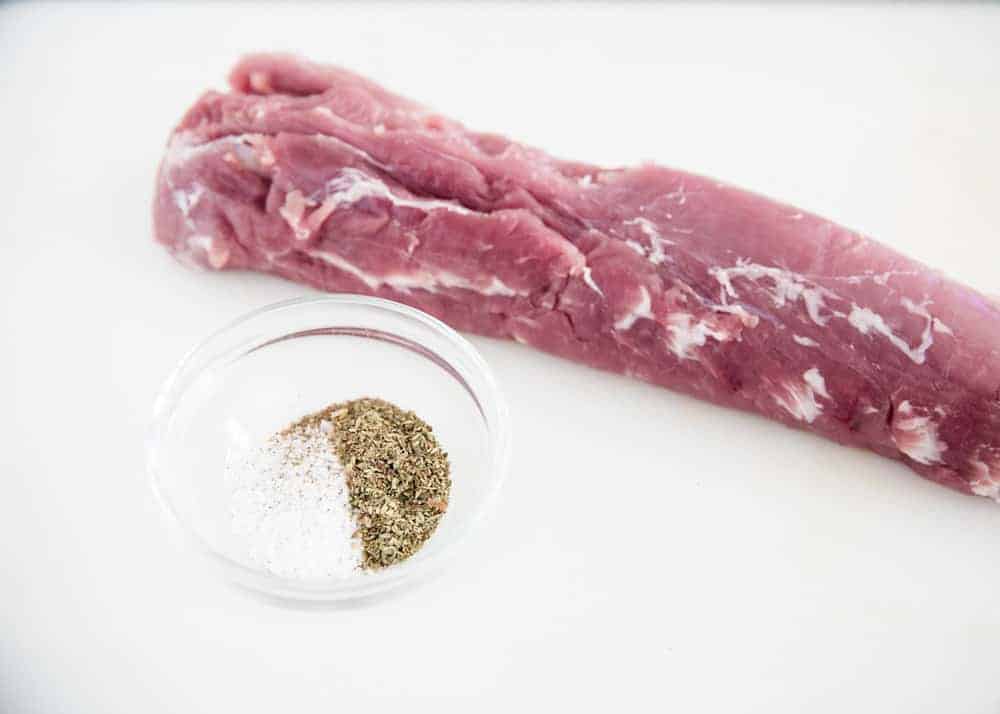 I like to keep it really simple when seasoning my meat. You could always add in extra spices, but below is my favorite blend.

TIP: If you let this rub sit on the meat for 5 or 10 minutes before cooking, it gives the salt time to soften and really flavor the meat.

What temp should it be cooked to? I remove my meat from the oven once it’s reached an internal temperature of 145ºF on my meat thermometer. It may look a little pink, but as long as it’s 145ºF then it’s ready. It will also continue to cook as it rests. 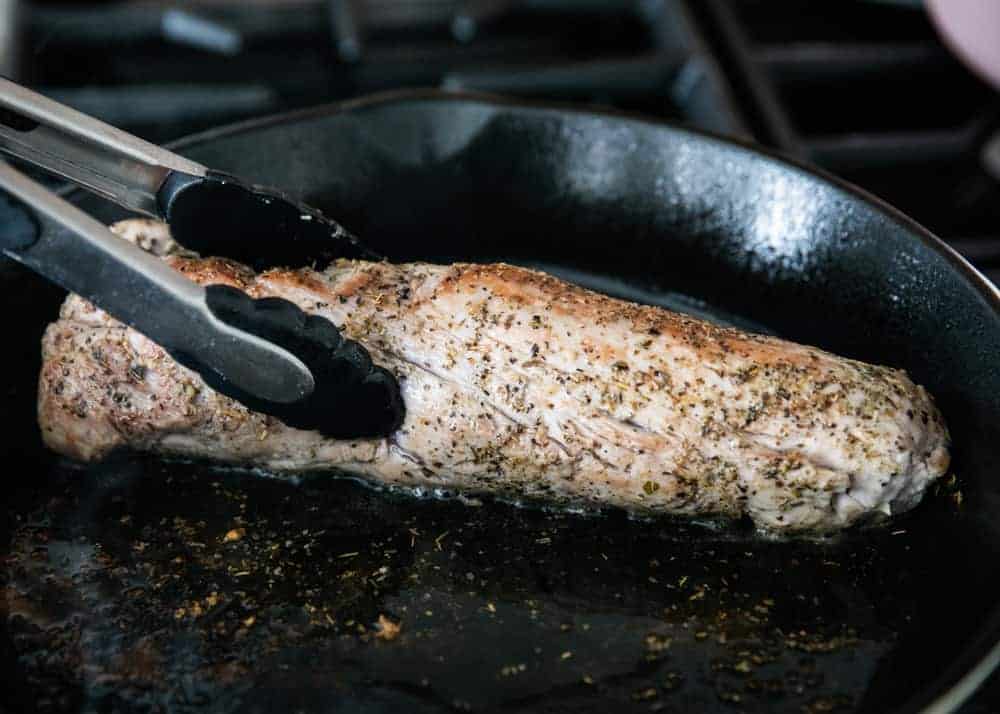 How to cook pork tenderloin

Mix together salt, Italian seasoning and black pepper in a small bowl. Rub mixture over pork and let sit for a few minutes.

Heat an oven-proof skillet over medium-high heat. Add pork and cook until golden brown all over (turning occasionally), about 6-8 minutes total. Then place pan in oven. Add fresh rosemary sprig on top if desired.

Bake uncovered at 400ºF for 13-15 minutes, or until the internal temperature of the pork has reached 145ºF. Then carefully remove from oven with an oven mitt (the handle of the pan will be hot!).

Transfer pork to a cutting board and tent with foil. Let rest 5-10 minutes, then slice. Serve and enjoy! 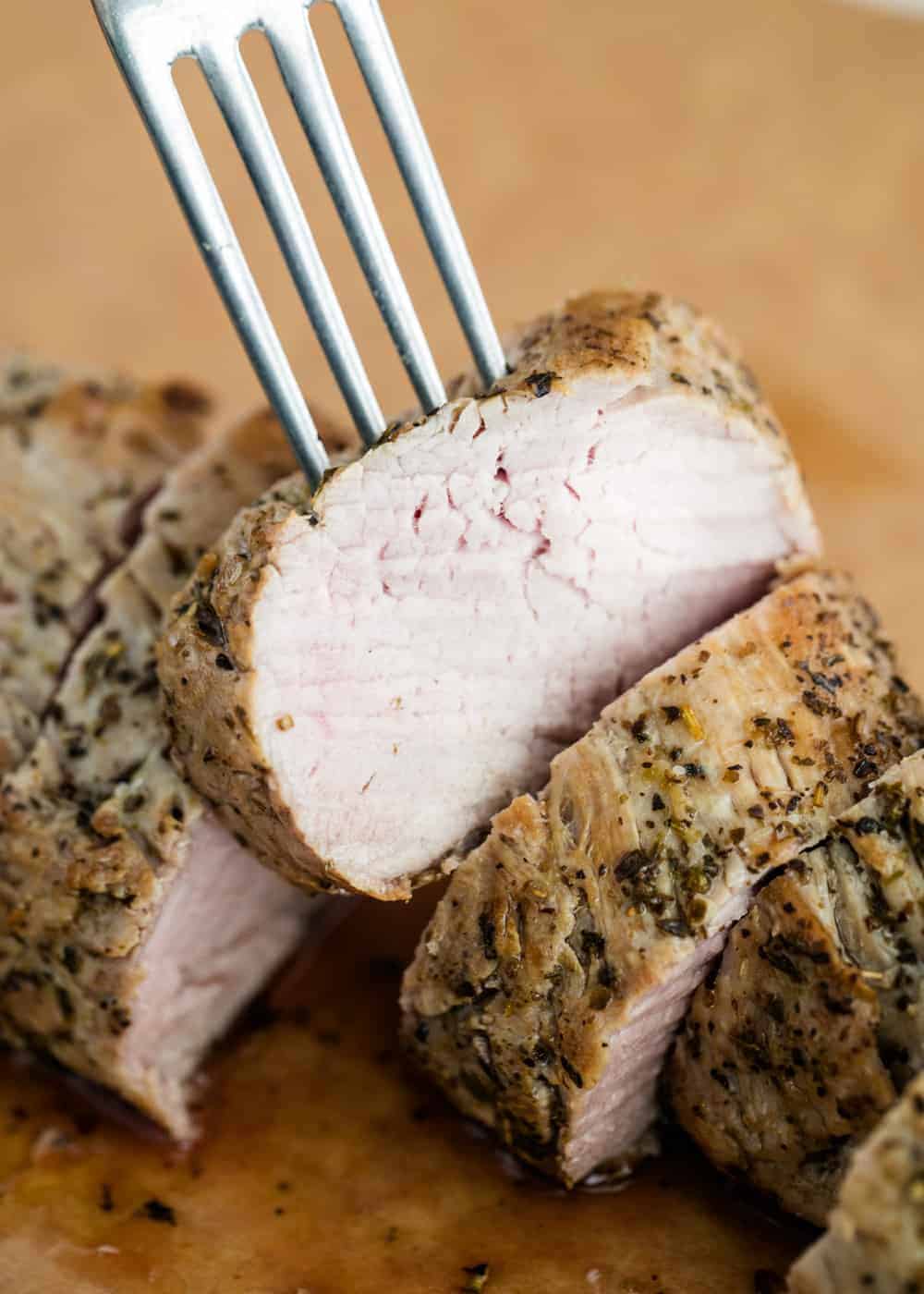 Below are a few sides and sauces that taste delicious with this dish.

Instructions for apricot sauce: Heat chicken broth, apricot jam and a rosemary sprig over medium-heat in a pan. Simmer about 4 to 6 minutes. Slice tenderloin and serve with sauce. Garnish with rosemary if desired. 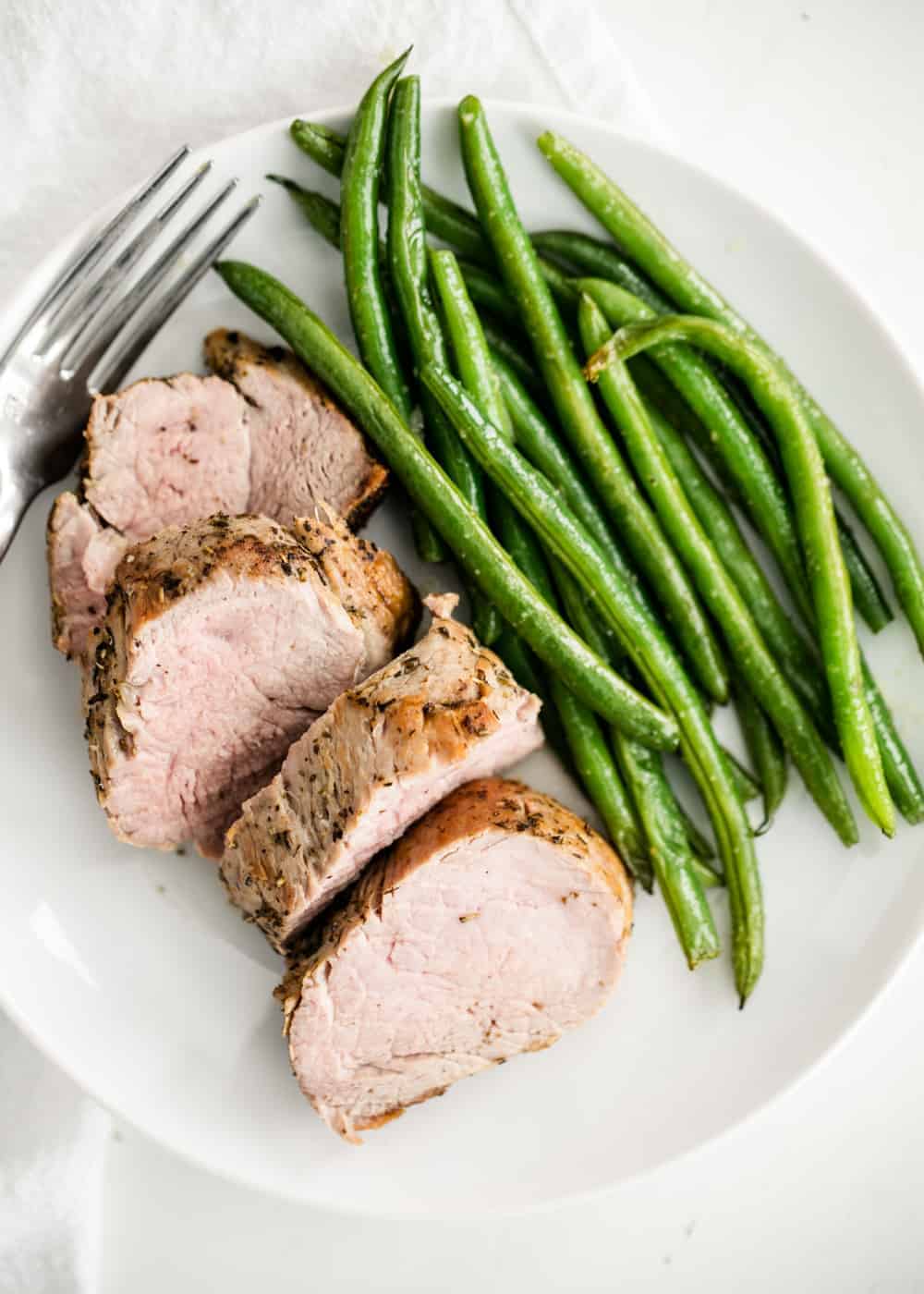 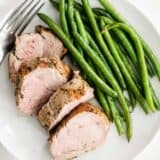 5 from 5 votes
Only 5 simple ingredients and done in less than 30 minutes. Tender and juicy on the inside, with a flavorful seared outside.
Prep Time: 5 mins
Cook Time: 22 mins
Total Time: 27 mins
Servings: 4
Print Rate Pin