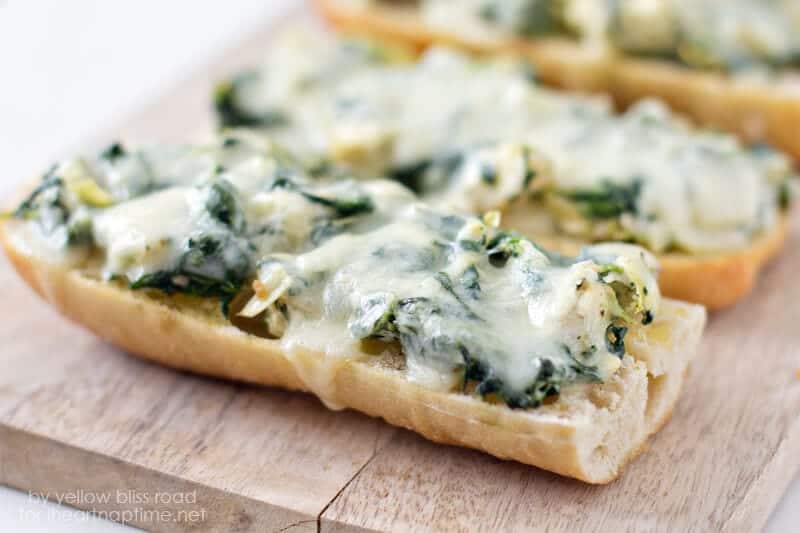 I have had a slight obsession for the spinach and artichoke combination for quite a while now. My Spinach Artichoke Dip is positively my favorite dip ever. Since we are kind of obsessed with French Bread Pizza too, I thought why not marry the two and create a delicious and savory Spinach and Artichoke French Bread Pizza! 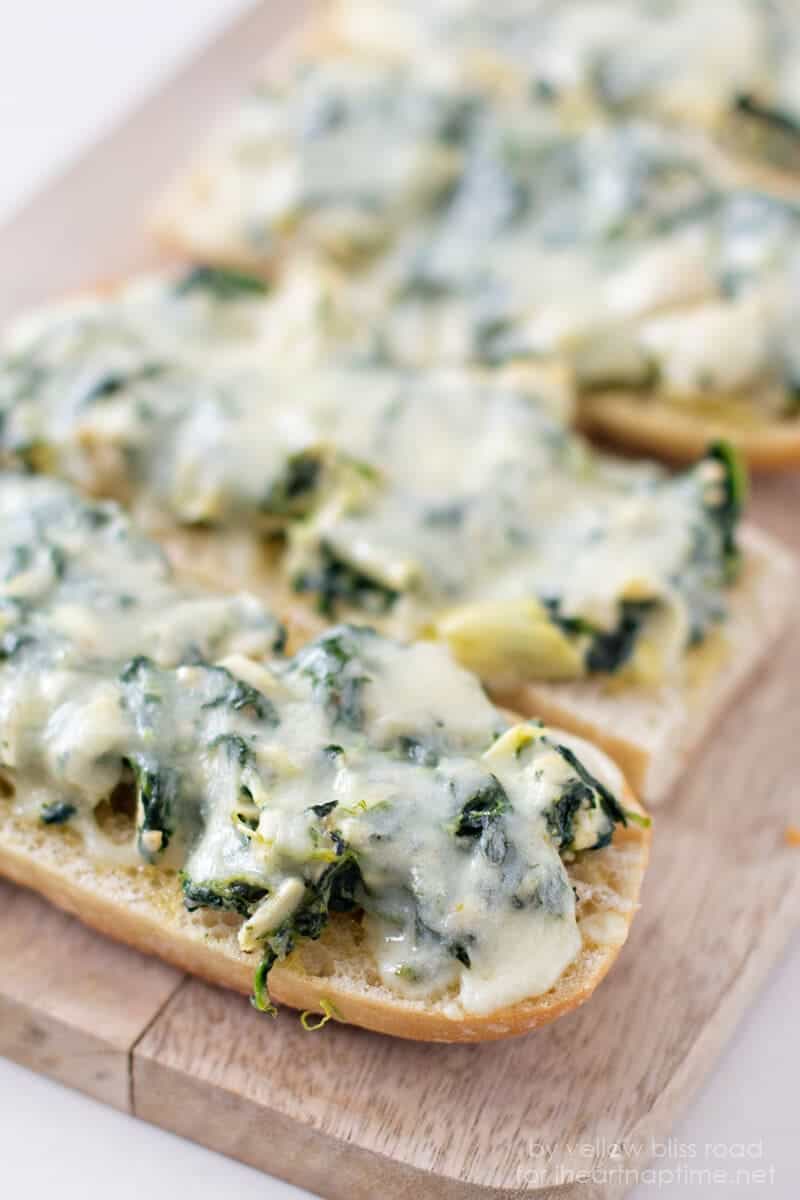 It’s also incredibly easy to make. I always have these ingredients on hand so that I can make this for a meal or appetizer when I get the craving. You’ll need frozen spinach, a can of marinated artichokes, cream cheese, Mozzarella cheese, Parmesan cheese and some spices. And don’t forget the bread – I actually prefer to use a French Baguette rather than a larger loaf of French Bread; with the larger loaf it’s just too much bread and the spinach and artichoke flavors kind of get lost. But you could just as easily use the larger loaf if it suits your fancy. 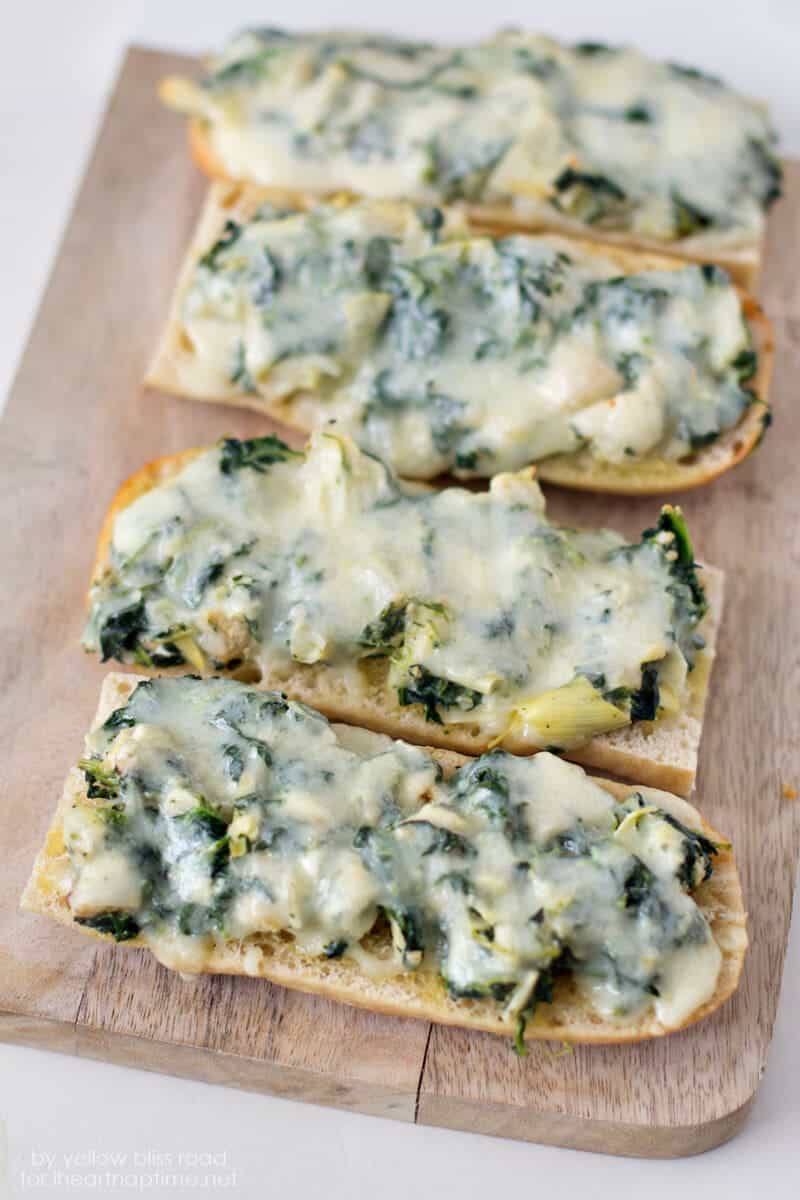 Doesn’t that look just amazing? Ok, so back to the recipe.

You’ll start by sauteing some garlic briefly in a pan to bring out the flavor. Then remove the pan from the heat and add in the remaining ingredients, except the bread. 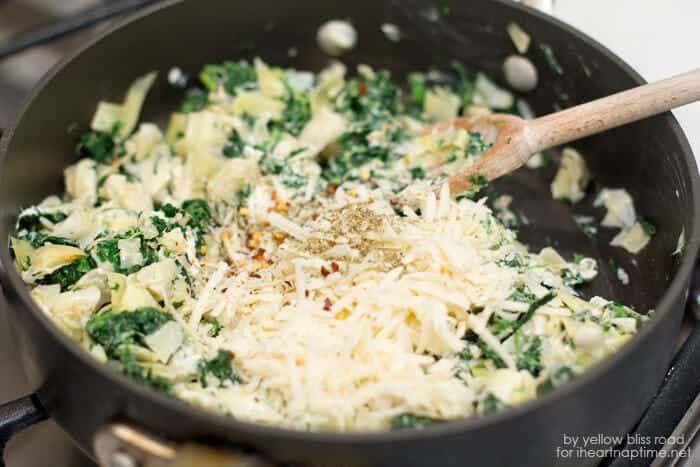 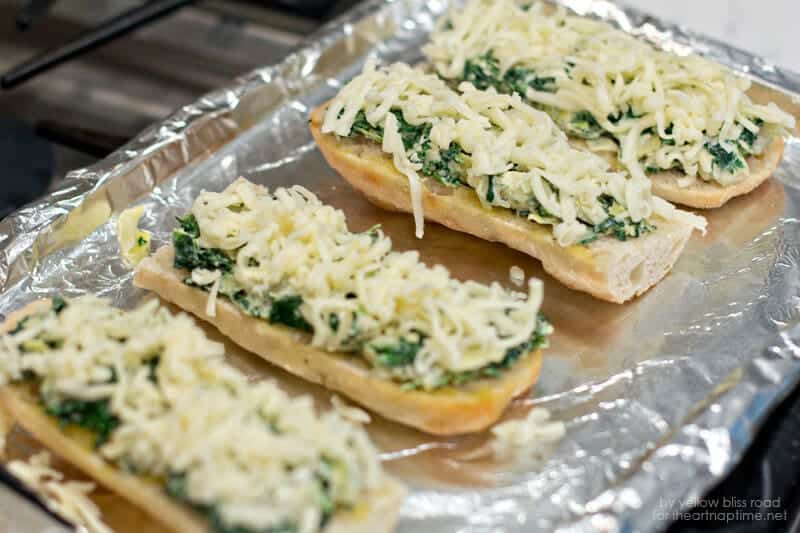 Slice the baguette in half vertically and brush the halves with olive oil. Divide the spinach and artichoke mixture onto the bread halves and top with a generous amount of Mozzarella cheese. Place the pizzas under the broiler until the cheese is bubbly. Let them cool slightly before cutting or you’ll end up losing the cheese.

Slice into small pieces for a delicious appetizer, or serve them whole for a nice cheesy lunch or light dinner. 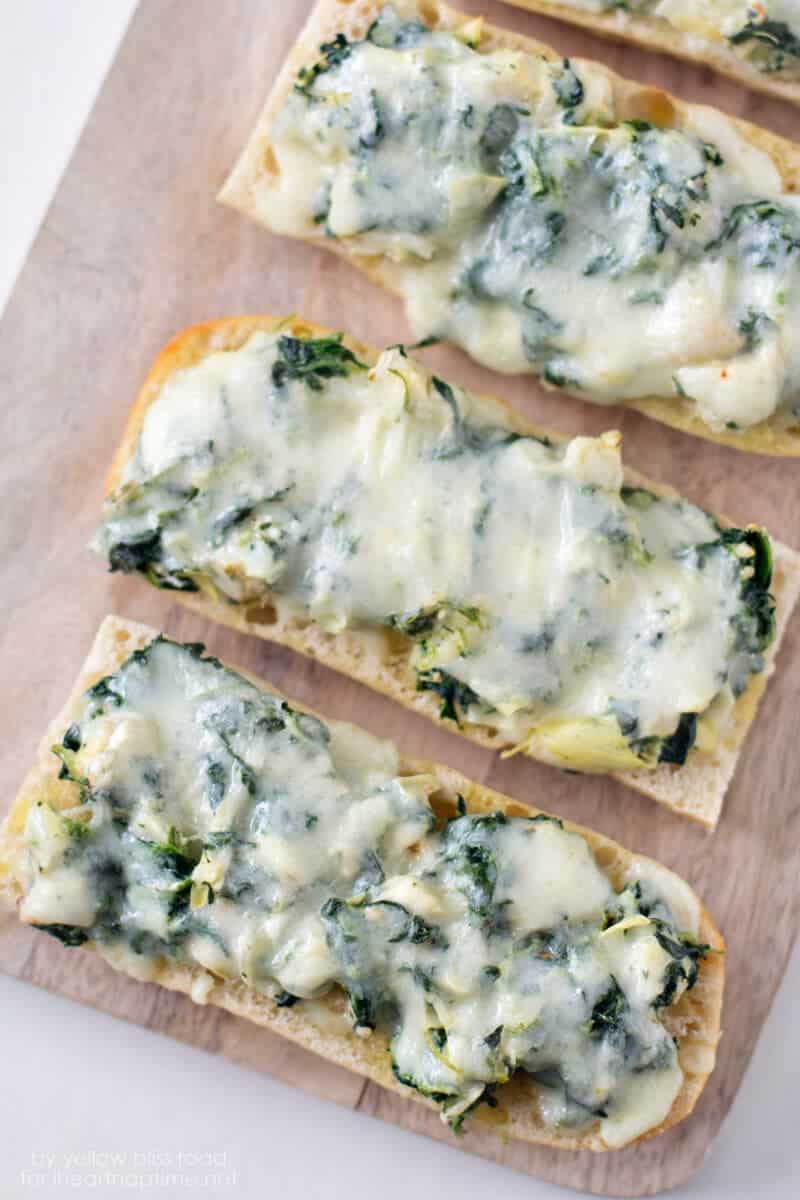 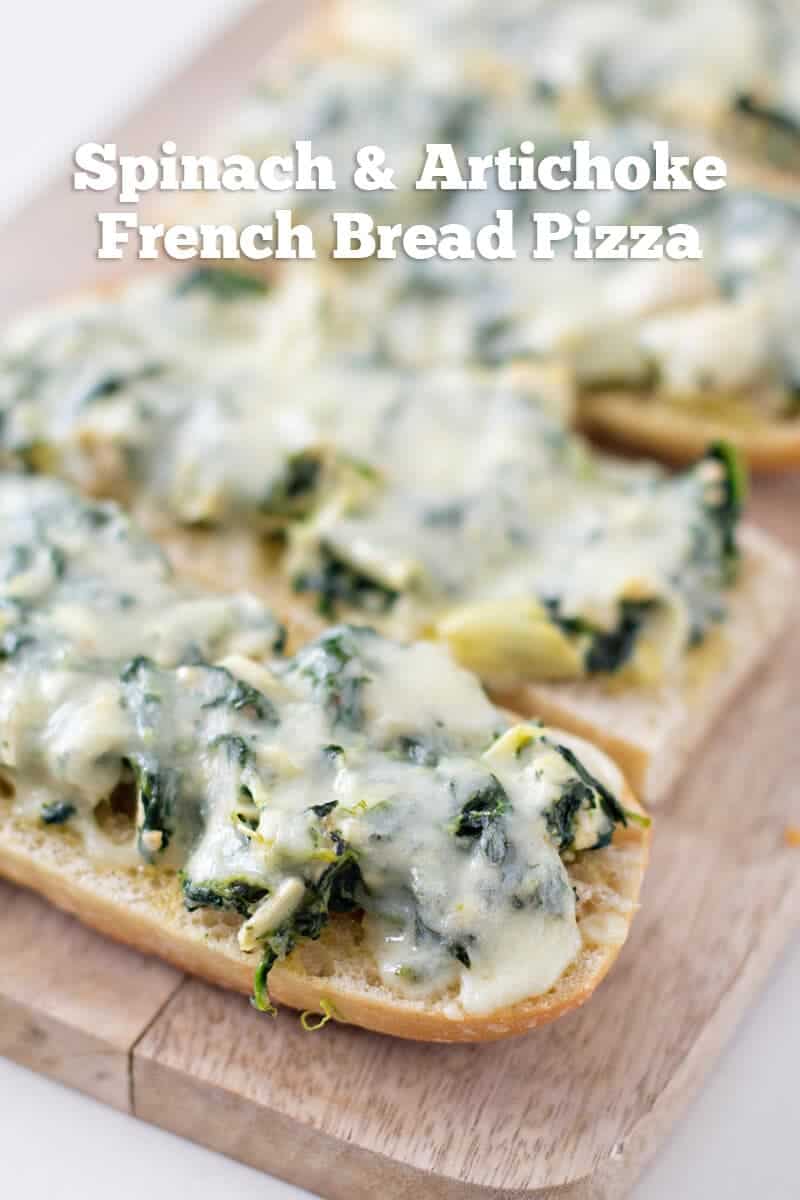 If you enjoyed this recipes, I’ve got lots more delicious appetizers over at Yellow Bliss Road! 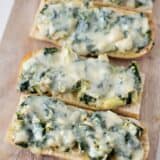